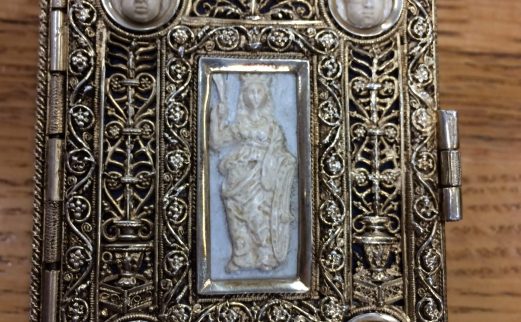 We are constantly building our collection of rare and unique materials to create and provide broad access to local collections for scholars in regional, national, and international communities, as well as the general public. Here you’ll find a description of some exciting recent additions.

Plan of the City of Knoxville, Tennessee, 1855.

This is the first published map of Knoxville, Tennessee, unrecorded in the cartographic literature and only the second example located.  Knoxville City Engineer Albert Miller Lea probably produced this extremely rare plan to document the arrival of the railroad and the northern expansion of the city. The plan reveals the city’s development over time, beginning with the old town between First and Second Creeks.  Streets are named and several rail lines are delineated, though as of 1855, most of these were projected rather than operating. A legend at upper right identifies 25 landmarks, primarily houses of worship and a wide variety of industrial establishments.

Papiro de Ani – The Book of the Dead

Sir Ernest Alfred Thompson Wallis Budge acquired the Book of the Dead for the British Museum in 1888 after it was found in a XVIII dynasty tomb near Thebes.  The text features a collection of magic-religious formulas which were to protect and aid the deceased in his journey towards the realm of the dead

The Bayeux Tapestry is a beautiful example of skillfully embroidered cloth preserved in the town of Bayeux, Normandy, France. The facsimile comes in a customized scroll box that is operated manually by handles set in the front of the box. Although the exact date remains unclear, the original tapestry was most likely produced around 1070.

Very small in size, this extraordinary book of hours preserved at the Bibliothèque du Château, Chantilly, represents a rare example of Italian production of books of hours from the 15th century.

The Ambrosian Iliad, or Ilias Picta, is a 5th-century illuminated manuscript on vellum.  It is thought to have been produced in Constantinople during the late 5th or early 6th century AD.

The Codex Rotundus, produced in Belgium in the late 15th century, is a unique example of medieval book culture due both to its size and unusual form. The 266 pages written in Latin and French are cut in a circular shape, about 9cm in diameter.

Jean de Montchenu, a French nobleman, commissioned this codex of medieval Italian and French love songs written by some of the finest medieval composers. The closed book is shaped like a heart which opens into a butterfly composed of the hearts of the two lovers who send love messages to one another.

The bishop commissioned Basilius Besler, an apothecary and botanist from Nuremberg, Germany, to compile a codex of the plants growing in his garden, a task which Besler took sixteen years to complete.  The attention to detail changed the art of botanical illustration.

This collection of novellas by the 14th-century Italian author Giovanni Boccaccio was produced in the 15th century.  The tales are told by a group of young men and women sheltering in a secluded villa just outside Florence to escape the Black Death, which was afflicting the city.