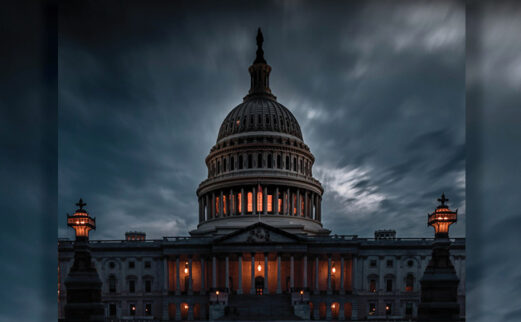 “For Your Reference”: The Intersection of Politics and Income Inequality
by Jordan Smith
November 5, 2021  •  10 minute read

UT Knoxville political science professors Nathan Kelly and Jana Morgan joined our October 21st episode of For Your Reference to discuss the intersection of politics and income inequality. The lively discussion provided insight into how unequal power and exclusion can distort the way that democracy works and harm citizens’ lives.

Professors Morgan and Kelly are the authors of Hijacking the Agenda: Economic Power and Political Influence (with coauthors Christopher Witko of Pennsylvania State University and Peter K. Enns of Cornell University). Morgan’s research specifically looks at how imbalanced power and exclusion can distort the way that democracy works and damage citizens’ lives. In the same vein, Kelly’s work examines the unequal distribution of income and how that affects political power in the United States as well as the Western hemisphere.

The opening question of the night’s discussion was, “Why does it so often seem that politicians ignore the problems that really matter for people’s lives?”

“It seems that way,” Morgan said, “because politicians really do pay very little attention to the issues that matter to ordinary people, especially compared to attention they give to issues that concern wealthy individuals and corporations.”

This key concern forms the basis for Hijacking the Agenda. “The core argument and empirical finding of our book is that those groups in American society that have a lot of financial resources get outsized attention from politicians, and policy outputs often align with their goals and address their concerns,” she said, rather than those of the average American.

“This may seem kind of obvious, [but] before our book very little research actually had been able to uncover empirical evidence to support this basic intuition that wealthy interests dominate the US policy-making process.”

The book analyzes twenty-plus years of Congressional floor speeches by several hundred members of Congress to tie campaign contributions to how the national economic agenda is set in Congress.

“We’re able to identify a lot of nodes in the policy process where money and power influence outcomes. And so, breaking down the process and really looking at speech, we analyze congressional speech and what members of congress talk about,” Morgan said. “That helps us really open up and get a bit more at their underlying motivations than looking at conventional kinds of outcome variables.”

Kelly added, “We looked at millions of words. You can see [in the charts in our book] how much more often members of Congress talk about corporations and businesses as compared to labor or workers. Those corporate interests have an extreme advantage in terms of the agenda.”

Following several other examples, he continued, “These are clear and consistent patterns that exist when you’re looking at millions and millions of words across dozens of years.”

When asked what can reverse these trends, Kelly answered, “I think if we understand problems, it’s more likely that we’ll be able to figure out ways to solve them. I don’t think there are any magic bullets in this context. You can point to campaign finance reform and do things to try to make it harder for big money interests to have direct influence through monetary contributions, but that is really unlikely to solve this problem.”

“What I think you have to do is take a multi-pronged approach,” he continued. “What really needs to be done is that economic inequalities have to be tackled. They have to be put front-and-center, because in a capitalist economy […] it is likely that those with more are going to have more power than those with less. So, the core way to narrow those power differentials is to narrow the economic differences. Putting in your policy agenda a clear emphasis on reducing economic inequality is essential for overcoming this problem.”

In the second part of the night, our “Check this Out” segment, local Knoxville activist Andrea Stedman joined media literacy librarian Paris Whalon for a discussion on information literacy and activism. Stedman is also an academic advisor in UT’s Department of Modern Foreign Languages and Literatures.

“Information literacy is the ability to find and use information effectively and ethically,” Whalon said. “Think about controversial topics and subjects that you feel strongly about, and […] take next steps by using the resources provided by [the UT] Libraries.”

Whalon asked Stedman to share more about her path to becoming an activist. Stedman talked about how her white, middle-class upbringing created a “bubble” in which she was not fully aware of issues such as discrimination and racism. Her experiences with AmeriCorps opened her eyes to inequalities existing not just in education at the high-need Miami public high school where she worked but systemic injustices going on in America.

When she returned from her AmeriCorps service, she realized that the same problems existed in Knoxville, and her journey toward activism was born. Small steps over the next several years included paying attention to discussions as she made new activist friends. From their recommendations, she sought out the books and movies they mentioned so she could educate herself — though she emphasized the importance of not asking others to do the work for you but rather conducting your own research. Continuing to network and find events through social media contributed to her growth as an activist.

For those interested in deepening their understanding of issues in order to further their own activism, Whalon recommended several resources. A great place to start is with the UT Libraries’ Research Guides, in particular the Political Science guide created by subject librarian Kris Bronstad. CQ Press Researcher contains current reports on controversial issues. “It’s excellent for finding an overview of a topic,” Whalon said. (You can find the link to that resource in the Political Science guide, and you will need to log in with your UT NetID). Finally, opensecrets.org and the Federal Election Commission are great resources to find out more about who is making campaign contributions to politicians and how that may be driving their agendas.

To close, Stedman emphasized the importance of grassroots activism. “Small-dollar donors can make a difference, and there are certain people in office who get 62 percent of their donations from small donors — and that’s big! Not a lot of people do it; [they] want to take big money. But it is possible for us to have grassroots-funded candidates. It takes a lot more work, but it’s possible, and that’s the type of thing that makes me excited.”

Finally, the last segment of the night was “Stories from the Stacks,” hosted by commons librarian Sarah Johnson. In keeping with the night’s political theme, Johnson told the riveting story of Estes Kefauver, a Tennessee politician who served in the US House of Representatives from 1939 to 1949 and in the Senate from 1949 until his death in 1963. Apart from his broader congressional career, Kefauver was also known as a driving force behind investigating organized crime during the 1950s. The Kefauver Committee Hearings were televised and extremely popular, making Kefauver something of a crime-fighting celebrity in his day. UT Libraries holds the Estes Kefauver Image Collection, available to view digitally on the UT Libraries website.